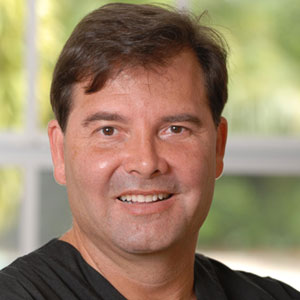 Dr. Constantino G. Mendieta is a pioneer in the fild of plastic surgery. He is the preeminent fat-grafting specialist and has dedicated his life to perfecting and advancing this surgical method. Fat transfer has been put forward as a means of volume augmentation for years, but Dr. Mendietaâ€™s research and expertise has improved cell-survival rate to nearly 80% – an incredible innovation in this fild. He has dedicated himself to his patients, to patient advocacy, and to educating the world of the benefis and applications of fat grafting. He has improved the lives of thousands of individuals and has raised the profiiency level of the surgical community as a whole.

He has penned the seminal fat-grafting book, â€śThe Art of Gluteal Sculpting,â€ť a book that is taught in classrooms around the world. He spends his time out of surgery lecturing and educating both surgeons and patients around the world. He has dedicated his life to this fild and his efforts will long be remembered as the turning point in the application of fat-grafting augmentation.

Dr. Mendieta has had an appreciation for the art of plastic surgery since he was a child. After observing the work of his uncle, a plastic surgeon, and seeing how he would reconstruct the disfiured faces of war victims, Dr. Mendietaâ€™s focus turned towards plastic surgery during an early age.

He completed his undergraduate degree as well as his medical school education at Creighton University. From there he completed his residency at Maricopa County Hospital in Arizona. Following his residency, Dr. Mendieta was already regarded as one of the most gifted surgeons in America. He spent time in Rio de Janeiro, dedicating himself to observational training. This was followed with fellowships at the Royal College of Surgery in Edinburgh, Scotland, then residency in Miamiâ€™s Jackson Memorial Hospital in the Plastic & Reconstructive Surgery department. He began to perfect his craft with the legendary and incredibly inflential physician, Dr. Bruce F. Connell in California.

With an unwavering determination to extract everything there is to know about cosmetic surgery, he completed a fellowship in reconstructive and aesthetic breast surgery in Atlanta, Georgia, and an aesthetic surgery fellowship at the renowned Harvard Medical School. A media personality on surgical-related issues, Dr. Mendieta has appeared on NBC, CNN, and programs like â€śThe Doctors,â€ť where he furthered his efforts to raise the bar in the surgical community and provide the most insight and transparency to patients.