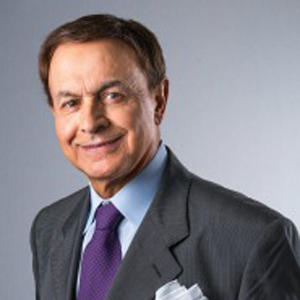 Dr. Massiha has maintained a private practice in plastic surgery in the New Orleans area since 1976. During his distinguished career he has earned a reputation as one of the most skilled and respected plastic surgeons in the region. Over the years, Dr. Massiha has developed a number of innovative techniques in breast reconstruction, facelift, rhinoplasty and blepharoplasty. He has been board certified in Plastic Surgery since 1976 and is also board-eligible in General Surgery.
Dr. Massiha earned his medical degree from Tehran University in Tehran, Iran in 1966. He went on to complete an internship at Deaconess Hospital in St. Louis, Missouri in 1969 â€“ and completed a residency in General Surgery at St. Johnâ€™s Mercy Medical Center in Missouri in 1972. In 1974, Dr. Massiha completed his residency in Plastic and Reconstructive Surgery at Louisiana State University Medical School in New Orleans, Louisiana. He also served as Chief Resident, General Surgery, at St. Johnâ€™s Mercy Medical Center â€“ and completed a Fellowship in Plastic Surgery at New York University in New York City in 1975.
Throughout his career, Dr. Massiha has also served as a clinical professor and made dozens of educational and instructional presentations by invitation. He has also been published numerous times in prominent medical journals and has presented several scientific exhibits as well as numerous papers and abstracts. He has also been invited to make presentations at more than 50 seminars.