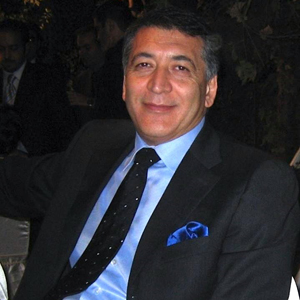 Farhad Hafezi graduated from Alborz High School, in Tehran, in 1971 and passed the national universities entrance exam with honors (top 20 among 80â€™000) entering Shiraz University medical school (formerly Pahlavi University) in the same year. He received his MD with honors in 1979 (top 5 percent) and became double board certified, General Surgery in 1987 and Plastic Surgery in 1992.

He completed his plastic surgery fellowship in London, England, at The Hospital for Sick Children with Barry jones, and the Mount Vernon Hospital and also with late prof. Clause Walter in clinic am Rosenberg, Switzerland. Dr. Hafezi has published over 65 articles in peer-reviewed journals and 2 textbooks and also has presented over 75 lectures at regional and international scientific meetings.

His academic achievements placed him in Tehran University of Medical Sciences (then Iran University) as the first full professor of plastic and reconstructive surgery.

He is member of editorial board of prestigious Aesthetic Plastic Surgery journal (ISAPS official journal) and Iranian journal of surgery. He also is reviewer for several international and national journals and has been elected as a member of board of directors of Iranian society of Plastic and Aesthetic surgeons for four consecutive periods