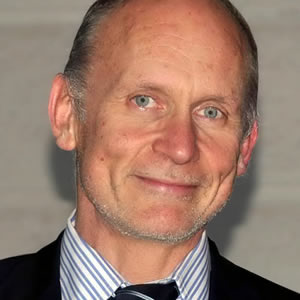 Following Board qualifications in General Surgery and in Plastic Surgery, Military Service as Surgical Officer in the Navy and three subsequent years of training in the United States, Enrico Robotti became Chief of the Department of Plastic Surgery of the â€śOspedali Riunitiâ€ť (now Papa Giovanni XXIII) in Bergamo, Italy since 1997. With over 9000 cases to present date, he has been active in general reconstructive plastic surgery, with emphasis on flap reconstruction in the Head & Neck, extremities, and trunk, including microsurgery. In private practice, he is actively involved with a vast scope of cosmetic surgery, with predominant focus on rhinoseptoplasty. The latter subspecialty has especially grown in recent years, with a special interest in complex secondary and tertiary cases. Dr Robotti has authored or co-authored over 500 papers and presentations, and has been chairman, moderator, panelist or invited speaker at a large number of national and international meetings. He has organized 18 live-surgery courses in plastic surgery hosting renowned international surgeons at the â€śOspedali Riunitiâ€ť. He has founded and directed the “First Bergamo Open Rhinoplasty Courseâ€ť in Bergamo in 2008, an international biennial intensive course specifically devoted to open rhinoplasty. Subsequent expanded editions of the course followed in 2010, 2012, 2014 and 2016, with a wide participation of attendees from many different countries, thus establishing the â€śBergamo Open Rhinoplasty Courseâ€ť as one of the foremost rhinoplasty symposia in the world. Since January 2015 he also runs the â€ś Bergamo Advanced Minifellowship in Revision Rhinoseptoplastyâ€ť, a â€śhands onâ€ť course for a limited number of international surgeons with an interest in this field. Dr Robotti is Associate Professor in Plastic Surgery at the University of Torino and Milano, as well as member of diverse plastic surgical societies such as SICPRE, ASPS, ISAPS, ESPRAS and EASAPS. He sat for six years in the advisory board of SICPRE (Italian Society of Plastic and Reconstructive Surgery). He was elected President of the Italian Society of Plastic Surgery for the year 2012-2013 and chaired the National meeting of the Society in 2014. Dr Robotti is a member of the Education Council of ISAPS (International Society of Aesthetic Surgery) and is an ISAPS International Visiting Professor since 2013. He is Reviewer for the journal â€śAesthetic Plastic Surgeryâ€ť regarding the topic â€śRhinoseptoplastyâ€ť. He is founding member and current President-Elect of the “The Rhinoplasty Society of Europe”, established in Stuttgart in 2011 and European counterpart to the American â€ś Rhinoplasty Societyâ€ť. Dr Robotti also teaches at the Post Graduate Masters in Aesthetic Surgery of the Universities of Milan and Padova, on the topic of â€śOpen Rhinoplastyâ€ť.